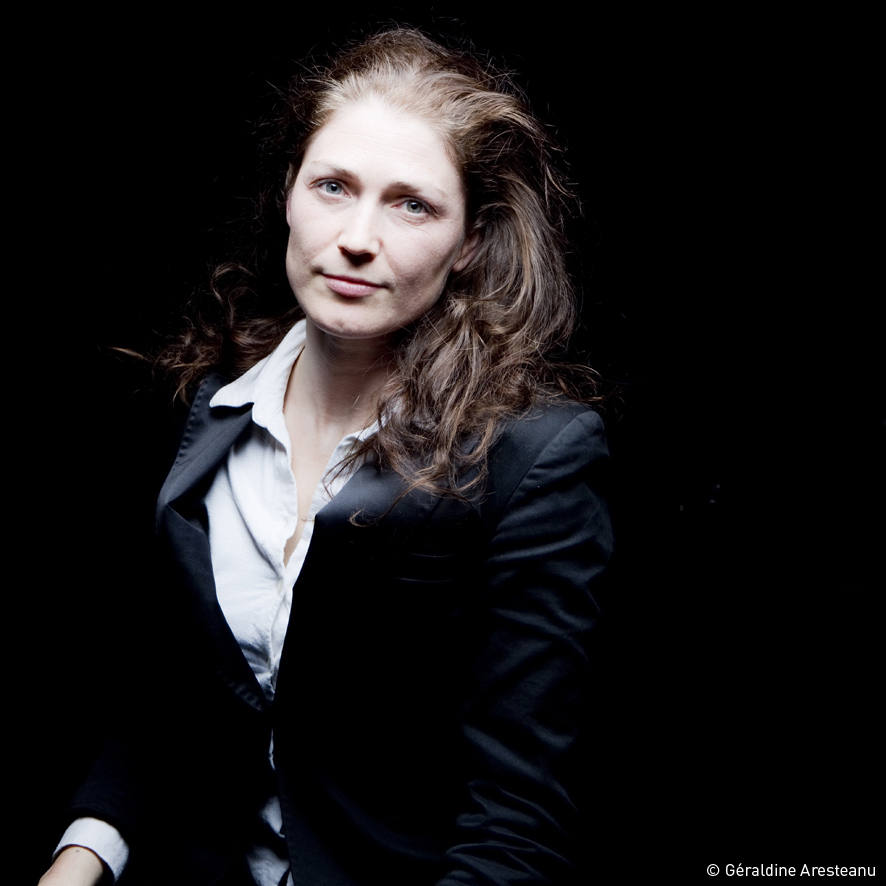 Born in Belgium into a family of acrobats, Chloé grew up surrounded by music, dance and theatre.

She swore she would never make circus her own profession preferring to travel across the seas and study the oceans, yet at the age of 17 she joined the Circus School in Brussels. Her path brought her to the Ecole nationale des arts du cirque in Rosny-sous-Bois (Enacr) then the Centre national des arts du cirque (Cnac) in Châlons-en-Champagne where she was trained by choreographers such as Dominique Dupuy, Thierry Bae, Hela Fattoumi and Eric Lamoureux.

On her tightwire, she looks for balance and builds connections with music, dance and theatre. Backstage, she sometimes finds a role in production or administration.

Her route crossed young people’s theatre where she interpreted Miroir and Souris Valentine at the Théâtre du Papyrus from 2000 until 2012. She initiated pedagogical projects on circus arts in primary and secondary schools within the Collectif AOC and was involved in consulting, implementation and practice.

She regularly collaborates with Pop Circus, an amateur circus shool in Auch and during themed reflection days on circus and young audiences.

Since 2014, she has developed Quel Cirque?!, a creative process and collaborative show (created in March 2016) with 1st year students from the Île-de-France and Aquitania regions.